There's something you'll quickly realize when you start playing with Unity. It's the fact that you won't go far without some basic knowledge of a 3D editor. 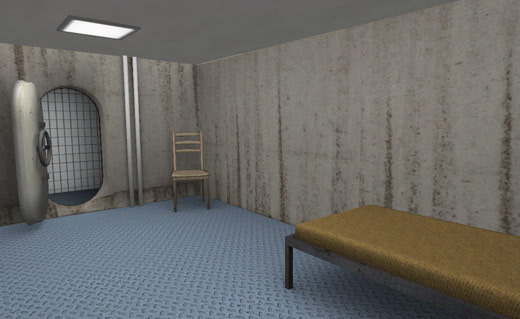 I've been using Blender for my Flash 3D experiments, but I can't honestly say I knew anything about it. I was able to model some very basic shapes, and whenever I needed something more complex I'd ask someone who's more experienced or just find a free model on the Internet. With Unity it just doesn't make sense. You won't be able to understand half of the functionality if you don't have a 3D editor to work with. By the way, I'm not the only one who noticed this.

As a logical consequence, I decided to take a step back and learn Blender. I don't want to go into details on the choice of software. If you prefer Maya or Cinema4D, fine. I grew to like Blender, but I know it makes a horrible first impression. The thing about Blender is that it's free, and that's a huge advantage for beginners.

After some time of modeling, texturing and setting up lights and I started to really love that. I felt like I was taken 10 years back, at the time when I was discovering Flash, HTML, building my first "home page". I'm sure you all know the great feeling when you start to understand something new and your skills grow every day. There's nothing like it! (Ok, there are other things better than that, but let's stay within our geeky subject).

At first I wanted to get just enough skills to continue with Unity3D development. But soon I realized that this might be what I'd like to do for a living. Wait, what? Can you imagine? I'm in my thirties. I'm doing pretty well in flash development business. Is there anything more stupid that dropping all this and becoming a 3D designer? And how many years I would need to become any good at this? Or maybe it's just a matter of a couple months to master the tool and I'll be all set? But maybe I don't have what it takes to be a 3D designer. However a fundamental thing I believe in, is that there's no such thing as innate talent and all you need is enough persistence…

I've been struggling with those questions for a while, and I don't have any answers yet. In the meantime I ordered some books, found some tutorials and kept learning to keep all the options open. I still have a long way to go, but I can already see some results.

As my modeling skills grow, I feel much more confident as a 3D developer because I can understand where the assets come from, how they are built, how visual effects are achieved. Those things were like a black box to me before. Now I can even build some 3D stuff myself. It's so much worth the effort even if I'll never work as full time 3D designer.

The two Unity examples above are my first, modest 3D modeling experiences. One is a mini game. It features a scenery that I populated with a few models including my first car model. Apart from modeling the scenery elements I used that as a testing ground for many Unity features like the terrain engine, line and trail renderers, rigid body physics, car simulation, particle systems and of course scripting. The end result is a bit random, but I don't remember having that much fun for a long time!

The second is a small interior scene (really small!). I couldn't grasp how lightmaps work in Unity until one morning I woke up and I just knew (yeah, that's how it happens sometimes!). During the day, I quickly threw up this demo to test if my understanding was correct. I think it was, even though in the end the shadows came out too subtle. Anyway, I'm doing more experiments on that subject now and maybe I'll write a separate post on how to work with lightmaps in Blender & Unity.

That's it for now! I'll see where it takes me, but you should expect more 3D modeling related posts on this blog from now on. Also, I'm not giving up on coding… yet ;)