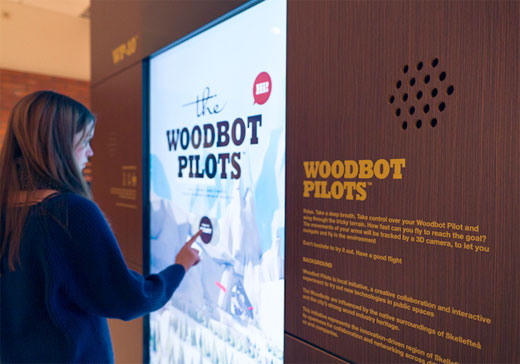 For the past 5 moths I have been working with North Kingdom on an interactive installation called Woodbot Pilots. I'm happy to announce that it had been launched last week!

It's located at the Skellefteå Airport in Northern Sweden. If you happen to be in the area, make sure to check it out. However, as I imagine, it isn't a location easily accessible to most of my readers, so I will be posting more pictures & videos as they appear.

UPDATE 28.01.2011 Here's a video made by guys over at Interactive Institute in Umeå. The also published an article that you can read here.

Together with North Kingdom we are also working on a small website dedicated to the project. It will go live soon. In the meantime there's a nice article from the opening ceremony in the local newspaper, Norran, where you can see Mr. Robert Lindberg, the director of Skellefteå Airport doing the first run.

Woodbot Pilots is a gestures controlled racing game. We display it on a huge 82″ HD touch screen (191 x 123 cm!) and a special 3D depth camera is used to read the gestures. The camera was developed by a company called Fotonic and is somehow similar to MS Kinect but has a bigger range (up to 7m) and is optimized for industrial environments.

The talented artists from Ars Thanea and North Kingdom created beautiful visuals and the sound engineers from Dinamhoe added a great soundtrack. The game itself was developed in the Unity3D engine. We connected the 3D camera using a C/C++ plugin developed by programmers over at Interactive Institute in Umeå who did a fantastic job - it runs very smoothly.

The game logic is implemented in C# - quite some code in there, even though the game concept is relatively simple. Thanks to a powerful graphic card (XFX Radeon HD 5870 1GB GDDR5) the thing runs at 60 FPS in full HD resolution which is quite amazing.

Enjoy some pictures of the race track below and Happy Christmas everyone! 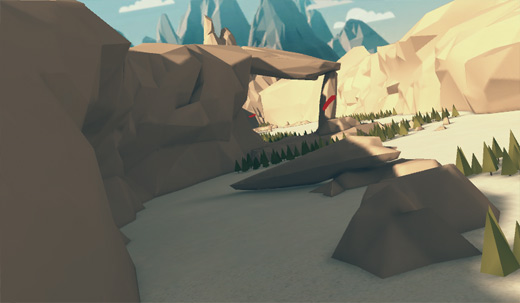 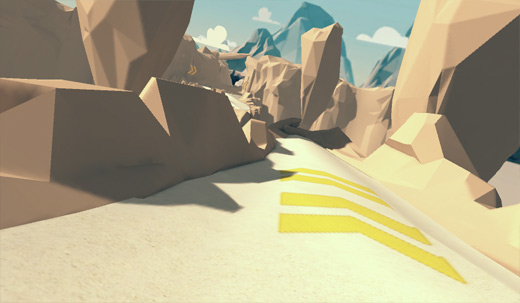 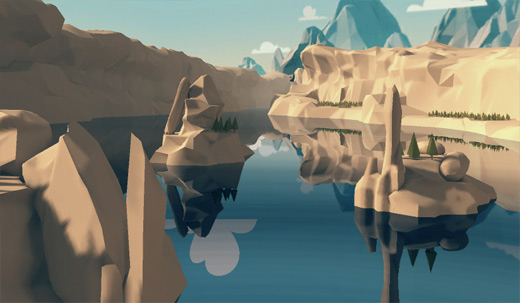 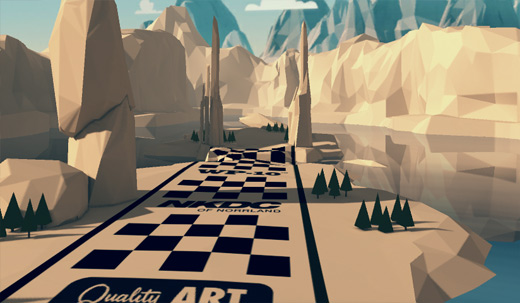 Also, make sure to check out this article on North Kingdom's website - there are a lot of pictures of the installation itself. 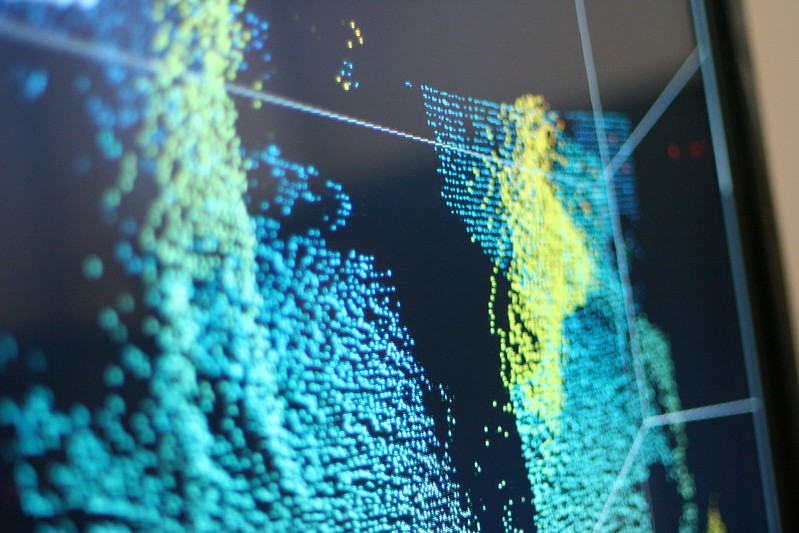 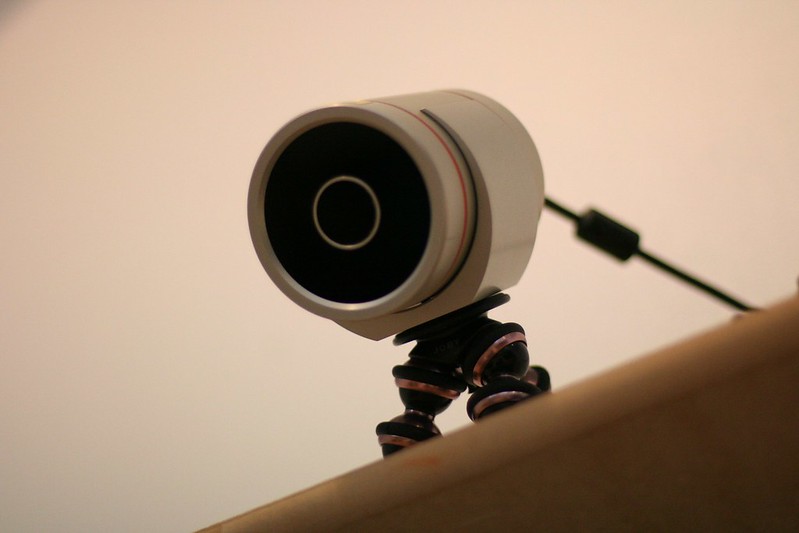 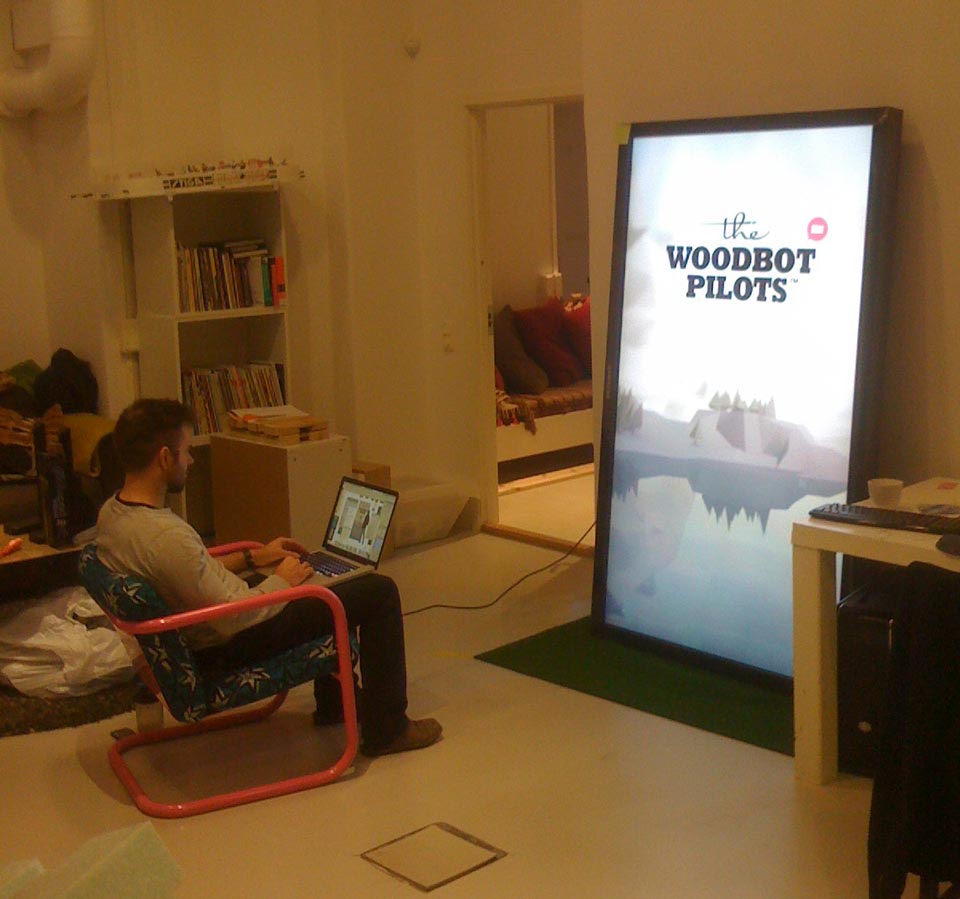